Expertise: Non-formal education to prevent dropping out of school 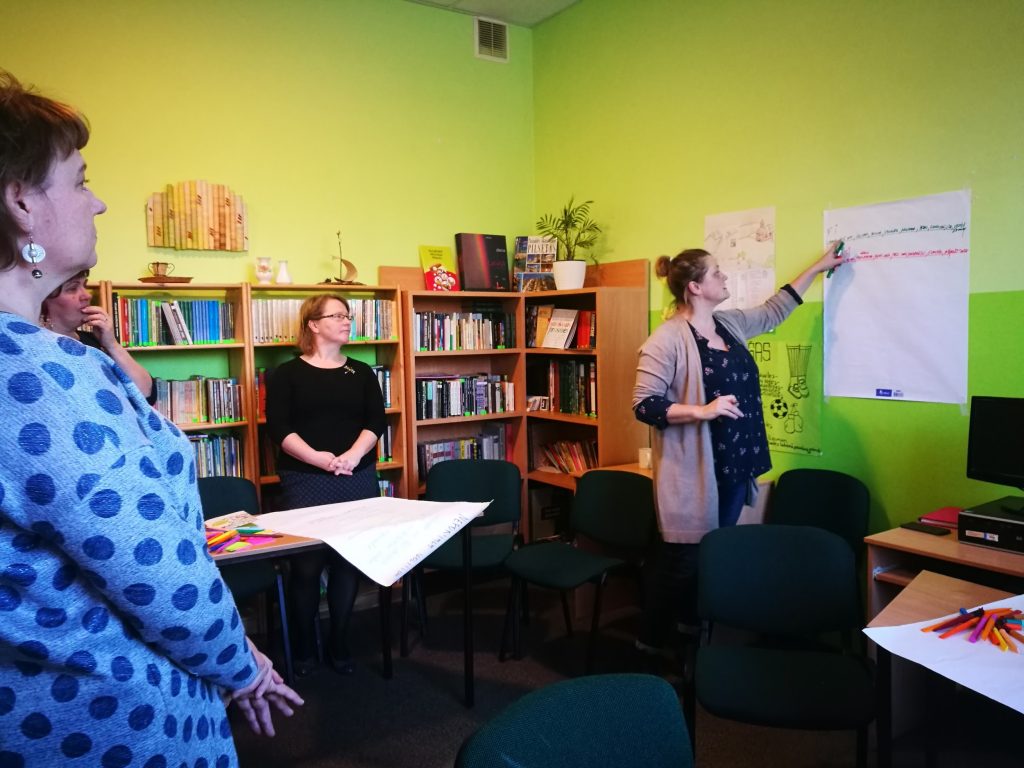 Pistes Solidaires: Hello Anita, can you first introduce yourself?

Hi, my name is Anita and I am an expert in non-formal education for the Drop-In project. I mainly act as a facilitator for European projects related to young people or education, but I can also be involved in seminars, meetings in various sectors to animate discussions and exchanges in an interactive way: training in non-formal education brings many skills that I can use in many situations.

Pistes Solidaires: And can you explain to us what exactly is non-formal education?

Of course! In fact, it’s very simple, non-formal education is active learning, where participants are as much actors in the process as the facilitator who coaches them. This can be done through games, playful activities, discussion or exchanges between participants. More often than not, it is also about taking initiative, adapting and working as a team… Non-formal education is used a lot to strengthen these skills, but in the Drop-In project we want to go further and integrate them into the school curriculum in subjects such as history, maths or literature.

Pistes Solidaires : What is your role in the Drop-In project?

For Drop-In, I first supervised the creation of the catalogue of non-formal education methods that we then used in our training courses. To create this catalogue, we interviewed teachers to find out about their difficulties in class. This revealed, among other things, complicated relationships between teachers and students or between students themselves, a lack of motivation on the part of the students and the difficulty of working in groups. Based on this observation, we have chosen several activities that can respond to these problems and create a new dynamic. These activities are divided into several categories, such as “the meaning of education”, or “team building and working together”. In October 2019, we brought together teachers from all the partner countries in Dax, France, to train them in these methods. Then, back in their schools, the teachers participating in this training had the mission to share these new skills and became themselves the trainers of their colleagues.

Pistes Solidaires : How is non-formal education considered in Latvia?

It’s hard to say, because it really depends on the regions, the interests…. Each municipality is responsible for setting up this kind of project on its own. But, in general, we can say that non-formal education has been known for a long time in Latvia. In the municipality of Gulbene, we have been organising training courses on this subject for 15 years. It is also true that our understanding of non-formal education has changed and is still changing today. Before, we didn’t yet see how deep these methods could go, we rather thought that, yes, it’s games, it’s fun, it’s playful. In reality, it’s much more than that. Some teachers, especially in more rural areas or those belonging to the previous generation, do not always see the point of non-formal education. They are only familiar with the classical teaching of the teacher giving information to his students in a silent classroom. But this model does not always work, the world is changing very fast. Besides, who said that learning should be boring? Don’t you learn anything when you’re having fun?

Pistes Solidaires : How do teachers react during training?

This is very interesting because the teachers involved in the project are, in essence, motivated and aware of the subject. But even for them this is not obvious. As in all professions, it’s difficult to evolve, to change one’s methods, especially if you’ve been in the job for a long time. Some people find it hard to see how they could apply our methods in their classes: how can you teach literature by having a debate? Yet it is quite possible! Through exchanges with trainers and colleagues, ideas emerge and eventually they realise the potential of these methods. Of course, it takes time, it’s a new pedagogy to assimilate, and it requires creativity, but we have seen a lot of great activities being created during the trainings: it will be very interesting to see how they are implemented.

Pistes Solidaires : What is the interest for pupils in non-formal education?

There are several interests for them to participate in this type of teaching. First of all, it shows them that learning is not only about listening, reading, writing, but also about participating, giving their opinion, exchanging. This is very important because it values their own knowledge and understanding, while confronting their opinions with those of their peers or teachers. Secondly, this active learning enables them to acquire what are known as “soft skills”, i.e. all the organisational, teamwork and intercultural skills that are much in demand in today’s world of work. Employers want to recruit fulfilled people who can communicate with their colleagues, are independent and autonomous in their work. Finally, and I think this is the main added value of non-formal education, it encourages everyone to seek out information, to be their own driving force for education. At a time when all the information is available at the click of a button, students do not need the teacher for all the facts, but they need someone to motivate, guide and stimulate their thinking. For all these reasons, and also because it’s fun, non-formal education is a powerful tool for dropping students in school.